A must see – Casa Batllo in Barcelona – a Gaudí architectural masterpiece.  His work is inspiring, almost theatrical in appearance, and inspired by nature.  To walk through the rooms and terraces of the Batlló house, listen to the information provided on the audio tour is to be inspired by the creative genius that is Gaudí . 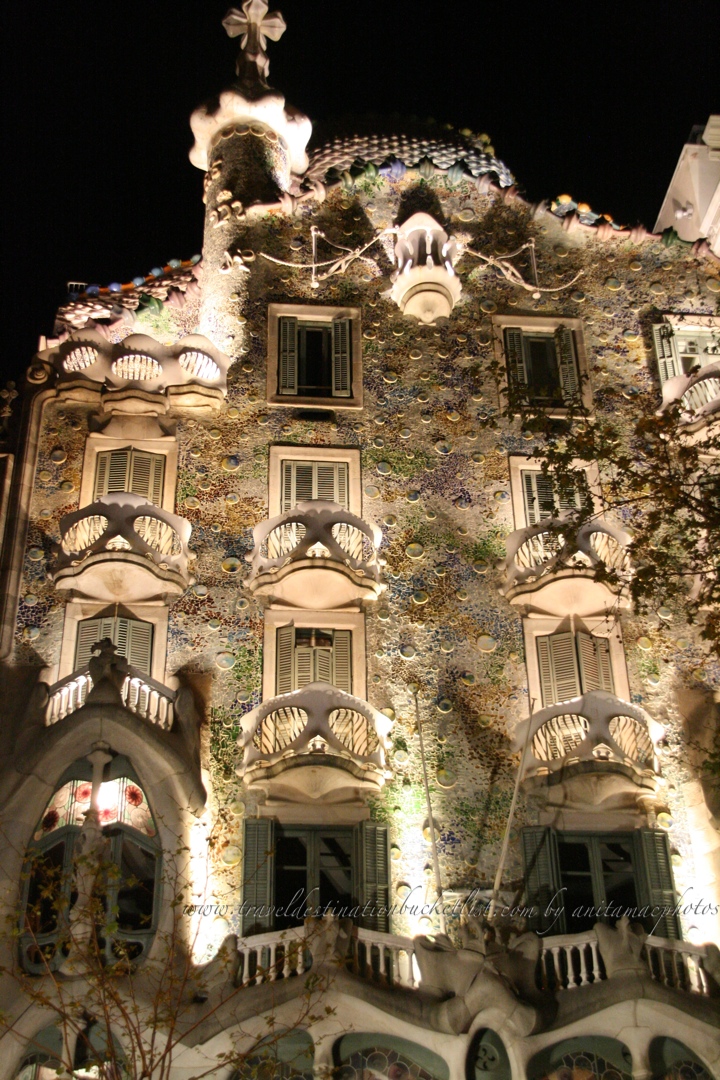 Having spent the morning pounding the pavement in Barcelona, followed by a late tapas lunch in the sun, I made the mistake of going back to the hotel for a rest before my final night in Barcelona.  My two friends headed off to visit Casa Batlló – a stunning example of Gaudí’s distinctive architectural style.  A few glances through their photos and I knew I had made a mistake – I had to rectify and go see for myself!  Casa Batlló was a museum not to be missed.

Built between 1904 and 1906 for a wealthy Barcelona Aristocrat on the well to do Passeig de Gracia,  Gaudí’s work represents the Catalan Modernista movement.  Influenced by nature, you can pick up on the motion of waves and use of colours to maximize light.  His creative genius and attention to detail enthralled me as I perused the many layers of the house, each room with a story to tell. 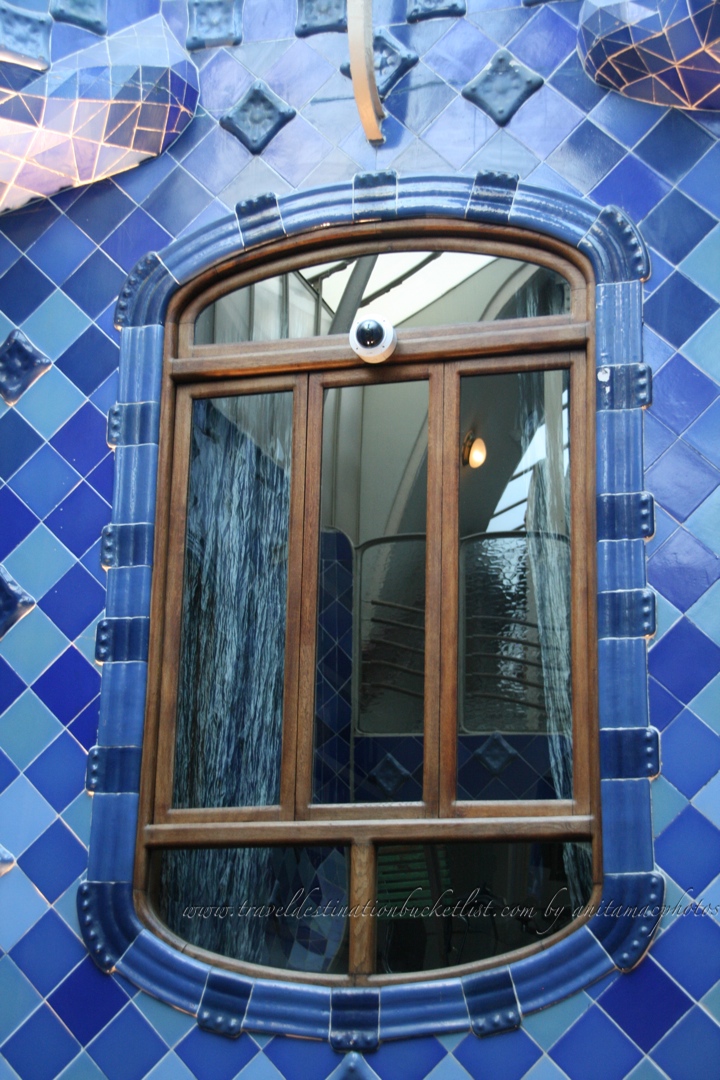 To maximize on lighting, houses in that era were built with a light well – a large skylight pooling light down through the many stories of the building.  Gaudí enlarged the light well and covered the walls entirely in relief glazed tiles in varying shades of blue, darker tiles at the top, growing increasingly lighter towards the bottom.  The effect – an even distribution of the light. The windows are smaller higher up where more natural light can enter, and become larger as you move towards the lower floors. Below the windows there are wooden slits which can be opened and closed to ensure good air flow and ventilation. In the middle of the light well Gaudi installed an elevator which still functions today. 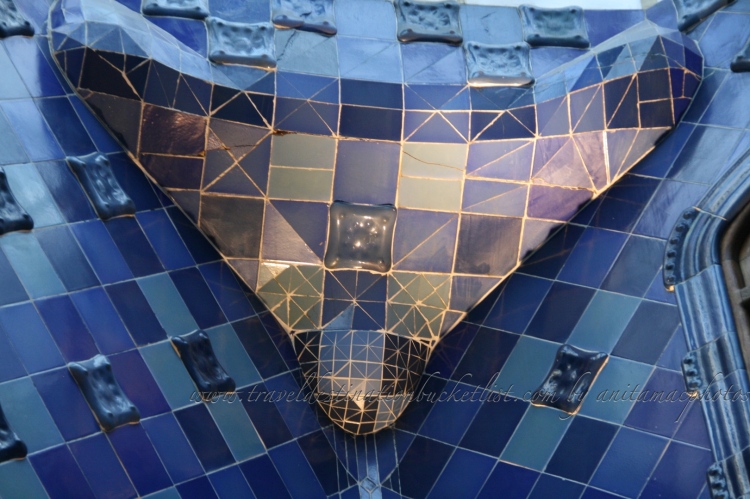 During his student days, Gaudí attended craft workshops where he learned the basic aspects of architectural techniques, including sculpture, carpentry, wrought ironwork, stained glass, ceramics and plaster modelling.  He learned to integrate into his technique the use of iron and reinforced concrete in construction. Gaudí’s view of architecture as a multifunctional design, in which every single detail in an arrangement has to be harmoniously made and well-proportioned is so very evident throughout his accomplished career and throughout Casa Batllo. 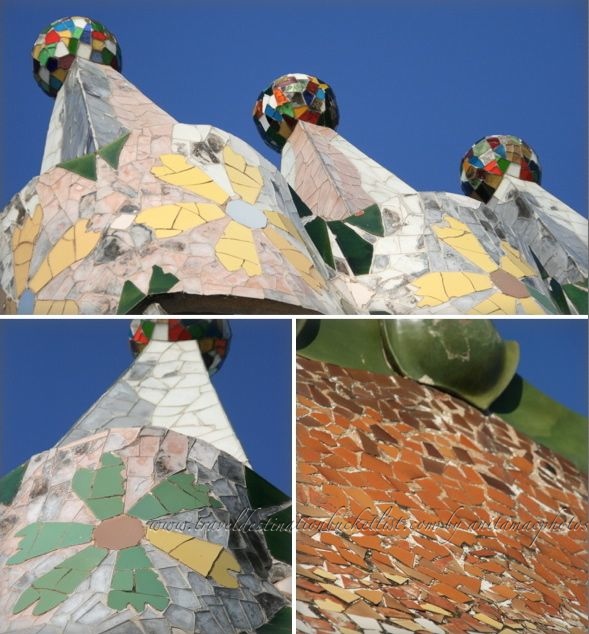 Gaudí was also an innovator in the realm of craftsmanship, conceiving new technical and decorative solutions with his materials. He designed stunning ceramic mosaics made of broken pieces from Palma de Mallorca. His influence can be seen throughout Barcelona.

His work is outstanding – the colour and mastery of his craft inspiring.  Visually stimulating, a tour through Gaudí’s Casa Batllo is worth the time and effort.  Be sure to take the audio tour, included in the cost of entry, as there is so much fascinating detail as you make your way through his masterpiece.  I visited the exhibit for close to 1 1/2 hours, but would have gladly spent more time if my friends had not been waiting for me.  If time is on your side, visit other works by Gaudí – I know I will be back to do the same. 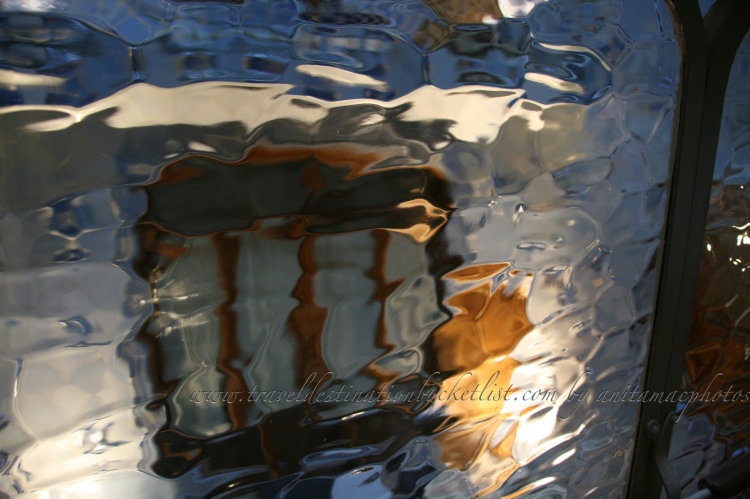 For more examples of Modernista architecture in Barcelona, including works not done by Gaudi, Urban Travel Blog has written about 5 Modernista marvels in Barcelona not create by Gaudi.

Only a 15 minute walk away, we stayed at the Hotel Lloret on Barcelona’s famous La Rambla.

The bucket list just keeps growing! The more I cross off - the more exciting new destinations and activities I find! I have been fortunate enough to travel a considerable distance over the years. My love of many things, including travel, cycling, kayaking and photography fit together like hand and glove. I have to keep asking myself....where to next? I am happy to share my travels and photography through my blogs: http://traveldestinationbucketlist.com and http://anitamacphotos.wordpress.com Hope you enjoy them as much as I do! On to the next adventure!
View all posts by Anita Mac »
« Stimulating the Senses at the Mercat de la Boqueria, Barcelona
The Color Run »

Keeping up with RSS